Why did you write this book?

When I first had the idea of writing a series of books based on The Seven Sisters of the Pleiades, I had no idea where it would lead me. I was very attracted to the fact that each one of the mythological sisters was, according to their legends, a unique and strong female. And I wanted to celebrate the achievements of women, especially in the past, because so often their contribution to our world has been overshadowed by the more frequently documented achievements of men. This led me to Alice Keppel, the fascinating woman in the shadow of King Edward VII. Having chosen to set the third book in the series in the United Kingdom, I also wanted to celebrate the three cornerstones of our culture; Star’s journey in The Shadow Sister leads not only to the Royal Family, but also to our beautiful landscapes and our rich literary heritage.

F. Scott Fitzgerald: Tender is the Night, Evelyn Waugh: Brideshead Revisited  and Life of Pi by Yann Martel. To be fair, because I read so much, I have a new literary favourite quite often, but the above are the three books I’ve almost missed a plane for because I was so engrossed.

Which book are you looking forward to read now?

The Muse by Jessie Burton. I enjoyed her debut novel, The Miniaturist, and am looking forward to what she has written next.

The last book you read:

Ulysses by James Joyce – for the fifth time! I’m still trying to work out what it’s all about …

It’s always a location that first inspires me. Then I start reading books, watching films and doing internet research about the place and time period I’ve chosen. I always visit the location for several weeks during the writing process, it’s very important to me to absorb the atmosphere and culture and talk to local people and historians.

As I start writing in earnest, the characters form in my mind and take over. I dictate the first draft into my trusty Dictaphone – I spend weeks talking to myself. My kids are used to it, but still think I’m completely mad! Then my editorial assistant types up my verbal ‘vomit’, and I begin on the most important part – the editing. I go over the manuscript with a fine toothcomb at least twenty times before I can bear to send my ‘baby’ off to my publishers around the world.

What literary character would you like to go on a date with?

It has to be Jay Gatsby, the eponymous hero/antihero of The Great Gatsby by F. Scott Fitzgerald. The extraordinary fictional life he led, coupled with his complex personality and physical allure, gets me every time. There wouldn’t be a dull moment.

If I could pick two, the other would be ‘Mouse’, the enigmatic hero/antihero in The Shadow Sister.

Who will receive the next Nobel Prize in literature?

It’s impossible to predict, as the history of the prize tells us.

What would be the first order of business if you were the Minister of Culture for one day?

If I was minister of culture I would pump millions into public libraries so that the widest range of books could be freely accessible for all. I would also provide government funding for live theatre and music concerts (as the British government does for the BBC).  And give bursaries to talented young writers and innovative theatre companies. In a politically uncertain world, it’s imperative that the arts provide not only release from stress for humanity, but non-partisan voices who provide a commentary.

The world is obviously getting more technology-based year by year. I admit that I struggled at first and refused to go online with Facebook or Twitter accounts. After all, it’s the BOOKS, not me, which are important. I found a way through by rarely posting any personal views and just talking about the books, although I broke my vow only recently when Trump was inaugurated … ! Yet overall, I would say it was a positive thing because the support I get on social media is humbling and incredible. It’s a constant inspiration to keep on writing.

A site on the internet you would like to recommend?

I’d like to recommend <http://www.thesevensistersshop.com>
The site was created in collaboration with Mary’s Meals, a wonderful charity that helps children across the globe by providing a hot meal every day at their school. The sole aim of the site is to raise money for and awareness of the work that Mary’s Meals does.

Going mountain climbing with Jo Nesbø or having drinks with Karl Ove Knausgård? 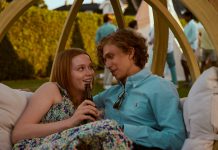 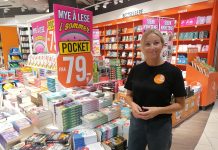 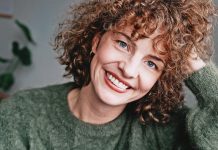 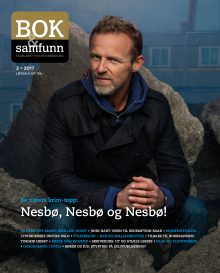